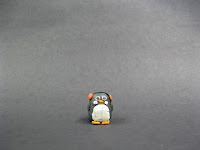 I had the pleasure of visiting the MOMA a couple weeks back and seeing Edward Muybridge's locomotion series. It was really amazing. If you are not familiar Muybridge used a series of large cameras that used glass plates placed in a line, each one being triggered by a thread as the horse passed. Later a clockwork device was used. The images were copied in the form of silhouettes onto a disc and viewed in a machine called a Zoöpractiscope. This, in fact became an intermediate stage towards motion pictures or cinematography. If you have ever seen a movie at the Majestic Bay in Ballard you can see this before the previews. This exhibit inspired my next unit with my students and I have been loving every minute of it.

We have been having a lot of fun with stop motion photography. It has given me a great appreciation for Nick Park and his creation of Wallace and Gromit. It's absolutely mind boggling how patient you have to be to create such a body of work. My Photography classes were very focused on created their mini me characters and then a script to go along with it. I loved watching how intently and carefully they would move each limb to create the effect of motion.
Posted by Amy Cybelle Carlson at 10:15 AM